Lionel Messi has been confirmed as an excellent set-piece specialist. The Argentine until a few years ago was not a specialist with freekicks with rival Cristiano Ronaldo known for set pieces. However, the 32-year-old has started scoring freekicks with alarming frequency and reached the magical number 50 against Valladolid in midweek.
http:// 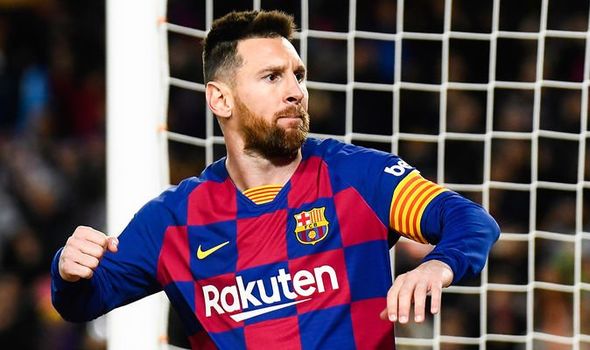 Messi has scoreda total of 50 foul goals divided into 44 with Barcelona and 6 with the Argentine national team, while Cristiano Ronaldo’s 54 are distributed as follows: 13 goals with Manchester United, 32 goals with Real Madrid and 9 with Portugal.

However, apart from the 50 goals, what stands out most about Leo Messi is the evolution that has starred in the last five years, which is when it has emerged. After maintaining a line of freekick goals per season, in the 2012/2013 campaign, Messi exploded with a total of 6 freekick goals, reaching a peak in the 2015/2016 campaign, with a total of 9 goals. He nearly matched the figure last season with 8 goals.

This season, Messi has already scored 2 freekick goals with none from Cristiano Ronaldo. Both players continue to deliver well after a decade which suggests that they are a once in a generation set of players.

It is a joy watching as they keep on breaking records in the twilight of their careers. Ronaldo scored the winner for Juventus to beat Genoa in additional time while Messi had a perfect game against Valladolid netting 2 and providing 2.

At some point it is inevitable that both players will meet at some point in the Champions League. Juventus and Barcelona have started their seasons well as they continue to dominate.

It could take another decade before the football world will see two players like Ronaldo and Messi.